For older headlines see ‘Archived headlines‘ under the Archives menu

21 / 22 May – treble defeat. The 1st team lost in the last over at Mill Hill Village as the home team reached the target of 172. The 2nds produced another disappointing batting display and lost to Berkhamsted 3rds by 8 wickets. On Sunday Full Tossers were the visitors. PE scored 154 with Harry Lee (46) and Jimmy Pickard (42) the main contributors. The Tossers then knocked them off with 10 overs and 4 wickets to spare….

Sunday’s rearranged game at Prince of Wales, Aylesbury was rained off

7th May – League season off to a disappointing start – The firsts travelled to Clifton, and chose to bowl first. Clifton made a steady start, but their no. 5 set about the bowling, scoring 81 and helping them to 199 all out, with Junaid Ashiq taking 4-31. Probably about 20-30 runs too many. In reply Az Akhtar led the way with a magnificent 104, including a few massive 6’s. Sadly, no-one could stay with him very long and we ended up 18 runs short.

The seconds hosted Northwood Town 3rds, and chose to bat first, but could only reach 146-8 from their 40 overs, top scorers were Jason Hawkridge (27)  and Ian Dyde (26 not out). Northwood reached the target with 7 overs to spare; 2 wickets each for Dave Hill, Harry Hayes and David Raeburn.

First wins of the season – Some last minute rearranging of fixtures saw the 1sts taking on Markyate at home. Batting first we scored 226 for 9, with Kaiz Ul Haq (58), Anthony Fenn (47 not out) and Harry Lee(45) the main contributors. In reply Markyate made a poor start and never really recoverd from being 27-4 despite a fine knock from Gagan Singh (54).

The 2nds visited Hemel Town to play a combined 3rd/4th team. Debutant Tru Patel top scored with 55 not out in our total of 165. Hemel made a steady start, but were undone by Dave Hill (4-19) and 2 wickets each for Dave Raeburn and Tru Patel.

First weekend ends winless – East Ham Corinthians were the visitors on Sunday. PE batted first and scored 185, thanks to half centuries from Harry Lee and skipper Az Akhtar. EHC reached the target with 7 overs to spare, as opener Ari hit 95, supported by Joseph with 60.

New season under way with 2 defeats – The 1sts lost to Luton Caribbean, thanks largely to a century from their number 4 batter (Jackey?). The 2nds visited Bessborough CC in Harrow, and were outplayed by a side several levels higher, despite David Raeburn picking up 5-42

Winter Nets 2022 – Indoor nets start on Monday 10th January and run through to 11th April hopefully by then we will be outside training. This year we have 2 nets available between 7-8pm. Cost £5 per player

Update on Crowd Funding page – The funding window has now closed. We raised £245 from this and we are grateful for the support received.

Crowd Funding Link – We have set up a crowd funding page in order to raise funds to install a new safety net to minimise risk of balls entering neighbouring properties. Click here to visit the page

Annual General Meeting – The PECC AGM will be held on Thursday 25th November in the Church Room, Potten End starting at 7:30 pm. We hope to see as many members as possible

26/9/21 A tie in the final match of the season! Batting first we scored 224-4 from 40 overs, with Abdul Mohammed leading the way with 113 and Junaid Ashiq 64 not out. The visitors made a swift start, and at 188-4 after 28 overs were looking on course for victory, but some tight bowling from Abdul (4-14) and Junaid (2-19) they were pegged back. With 3.3 overs left, 5 runs were needed with 3 wickets in hand, but a couple of run outs later it was all over with scores level. (Details courtesy of the match report written by HICC, which can be seen by following the link to the result on our front page)

25/9/21 Not exactly Caribbean weather! The final Saturday game saw Luton Caribbean visiting. Batting first we scored 148, the main contributions from Pete Raeburn (41) and Paddy Ashton (37). That was never enough, and LC reached the target with just 5 wickets down.

4/9/21 – Champions- A great win on the last game of the season against league leaders Watton-at-Stone put us in a great position, awaiting clarification from the league regarding accuracy of their league tables! This has now been confirmed, so next season will be in Div 5B. Defending a low total of 133-5, things didn’t look too good as Watton got to 96-2 with 28 overs left, however a late order collapse resulted in a victory by 19 runs.  4 wickets for Junaid Ashiq and 3 apiece for Michael Gurney and Will Hill.

The seconds ended the season with a fine victory away to Abbots Langley 3rds. Pete Raeburn led the way with an unbeaten 103 in a challenging total of 230-7. This proved too much for Abbots, ending on 147-9 with the wickets shared among the bowlers.

21/8/21 – Another below par batting performance – chasing a relatively low total of 130 against Potters Bar 3rds proved too much as we were bowled out for just 116. A severe lack of available players also meant that we had to conceded the 2nd XI fixture…..

24/7/21 – Great win for 2nds. With the first team game cancelled due to Covid isolation affecting Allenbury & County Hall, the seconds recorded an emphatic win at Markyate. 3 wickets each for Ian Dyde and Dave Raeburn restricted the home team to 156-9 from their 40 overs. Jimmy Pickard (64 no) and Junaid Ashiq (47 no) wrapped up the win with overs to spare.

18/7/21 Another hot day, another win. London Maccabi Vale II were the visitors and posted 236 from their 45 overs. Harry Hayes took 4-47 and Junaid Ashiq wrapped up the tail with 3-7. The Potten End reply progressed steadily and then Junaid and Haseeb Ashraf put on an unbroken stand of 164 to reach the target with overs to spare. Both batsmen finished on 81 not out.

The seconds scored 198 at St Albans IV, with Pete Raeburn top scoring with 75. The SA reply went all the way to the last ball and they finished on 198-9!

10/7/21 Double league wins. The 1sts travelled to Old Elizabethans 2nds and bowled them out for 125 with the wickets shared amongst the bowlers. Harry Lee (61 not out) led the response, aided by 26 from James Hayes to secure a 6 wicket win with plenty of overs to spare.

The seconds hosted Harpenden 6ths. Skipper Pete Raeburn hit 60 in the total of 176-7 from our 40 overs. Opening bowlers John Peppett and Harry Hayes kept the run rate well below the required level, and despite some middle order resistance, the visitors were dismissed for 116.

9/7/21 – Runners-up in Coronation Cup. A below par batting performance was the primary cause for defeat to Aston Clinton in the final. Only Jimmy Pickard (24) and PAddy Ashton (28 not out) reached double figures in a disappointing total of 101-9 from 20 overs, with the AC skipper taking 5-9. Despite some tight bowling and fielding, AC were able to reach the taget in the 19th over having lost 7 wickets.

4/7/21 – Rain could not stop us.  Credit to Studham as a heavy downpour before the start and another one just after the break wasn’t enough to prevent the game being completed. James Hayes (76) and Tommee Seaton (59) laid the foundation for a decent target of 204 from 30 overs. Wickets fell regularly in the home team’s replay and only a late flurry from Rob Thorne (51) took the total to 160.

3/7/21 – Firsts win, seconds lose a cliffhanger.  Andy Lee (47) led a recovery from 116-8 to a reasonable total of 169. Michael Gurney and JD Ashiq then took 4 apiece as Watton-at-Stone fell 18 runs short. The seconds lost a great game at home to Abbots Langley thirds. Two runs were needed from the last ball with the last pair at the wicket, but sadly John was caught behind! 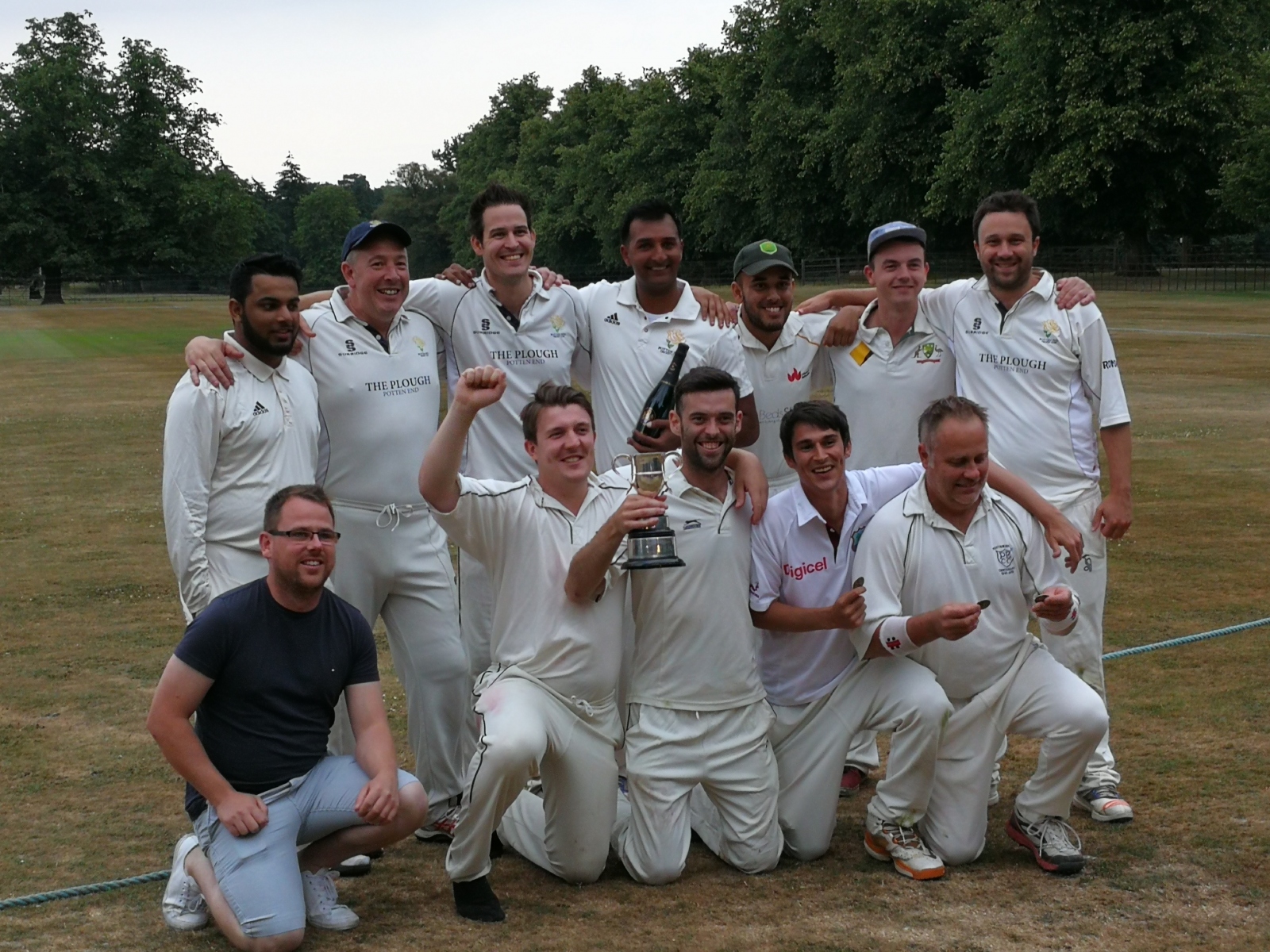 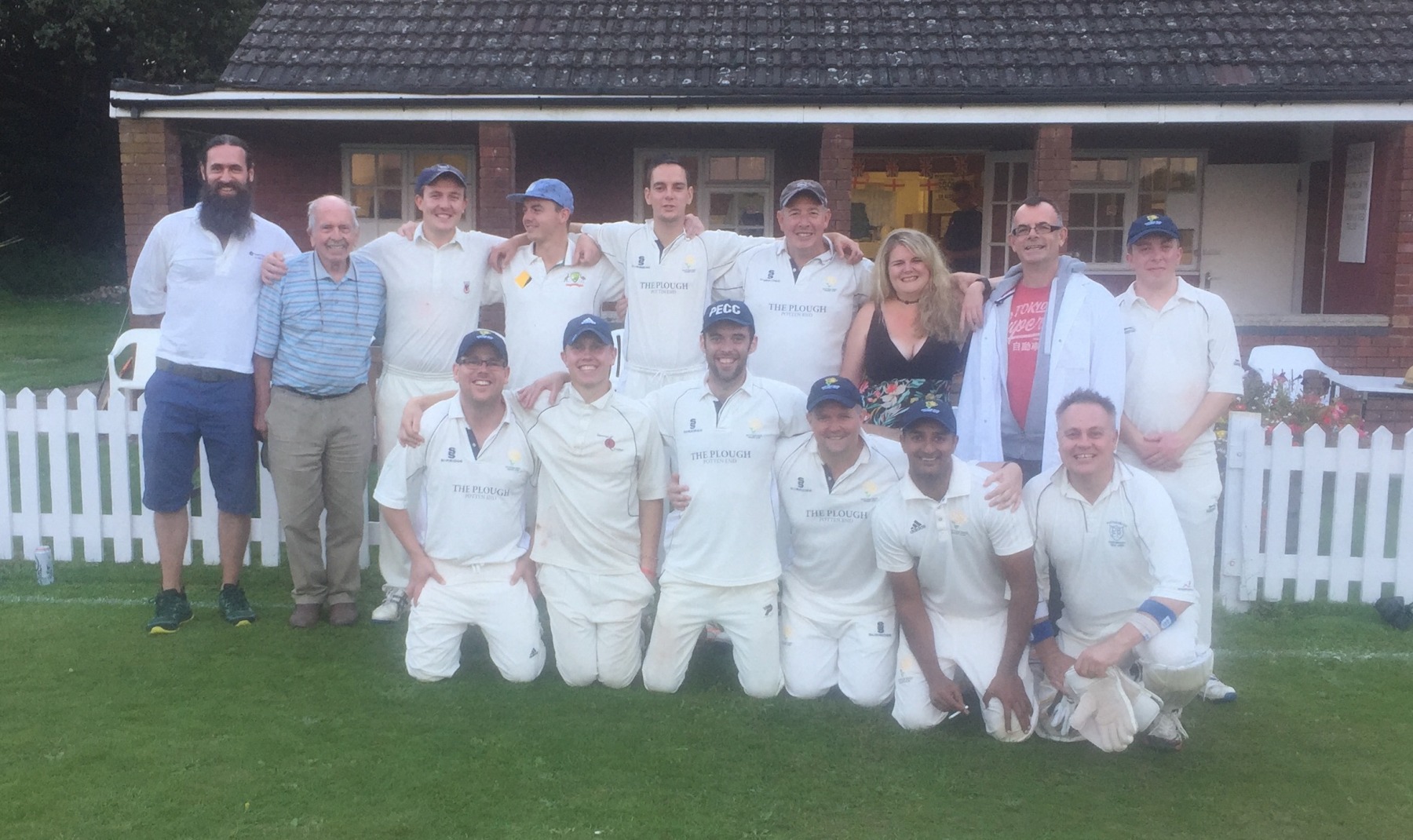 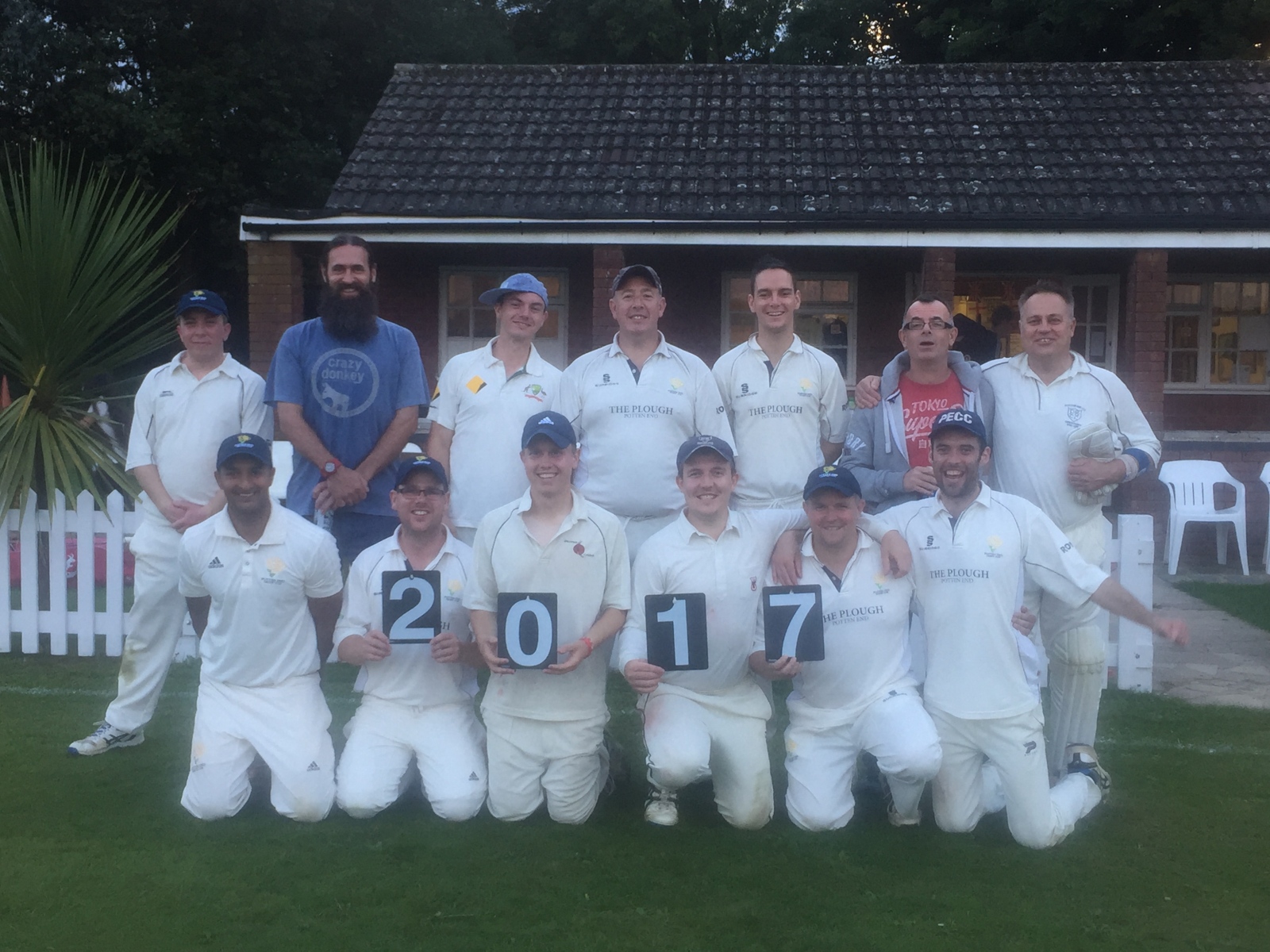 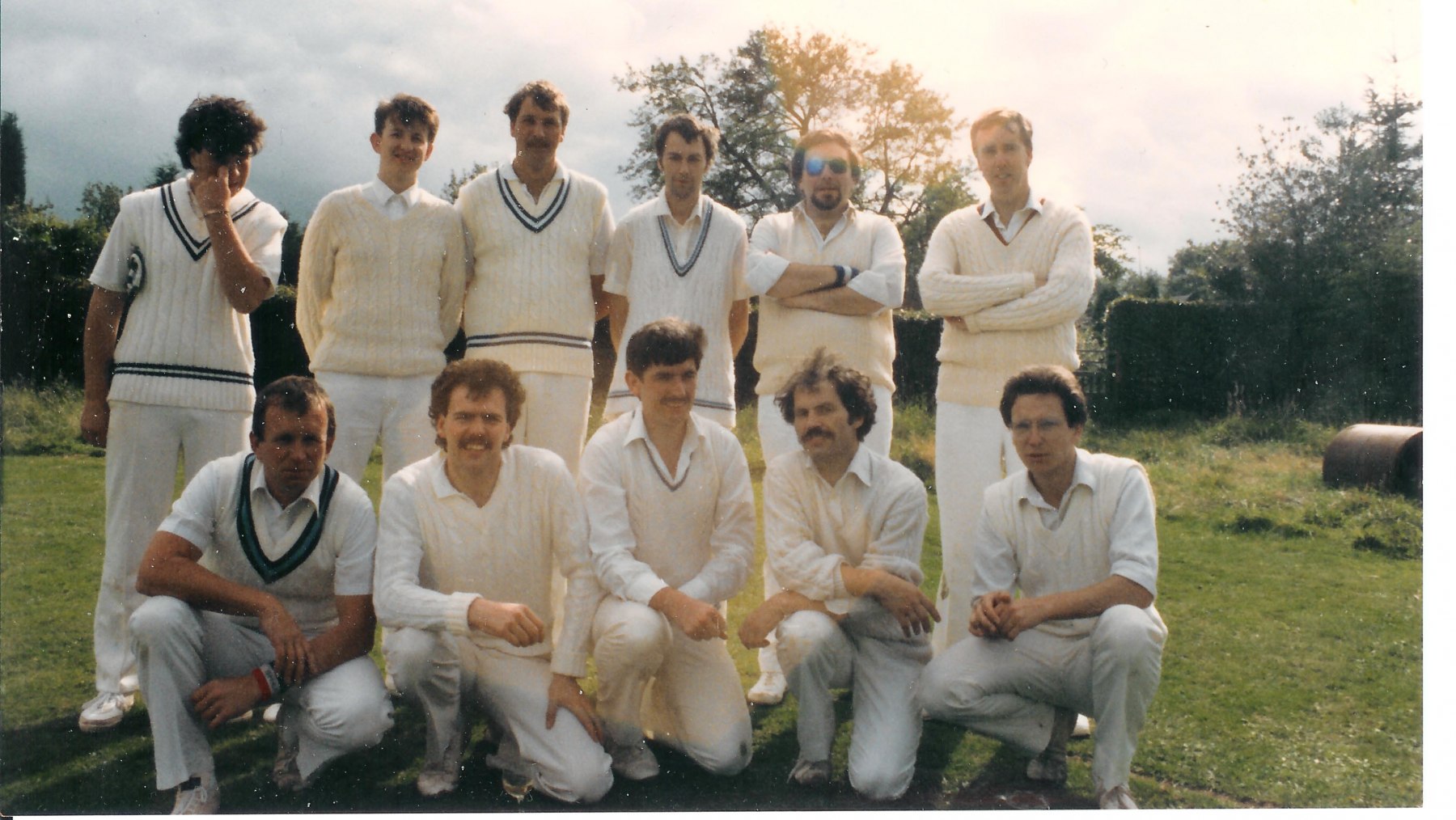 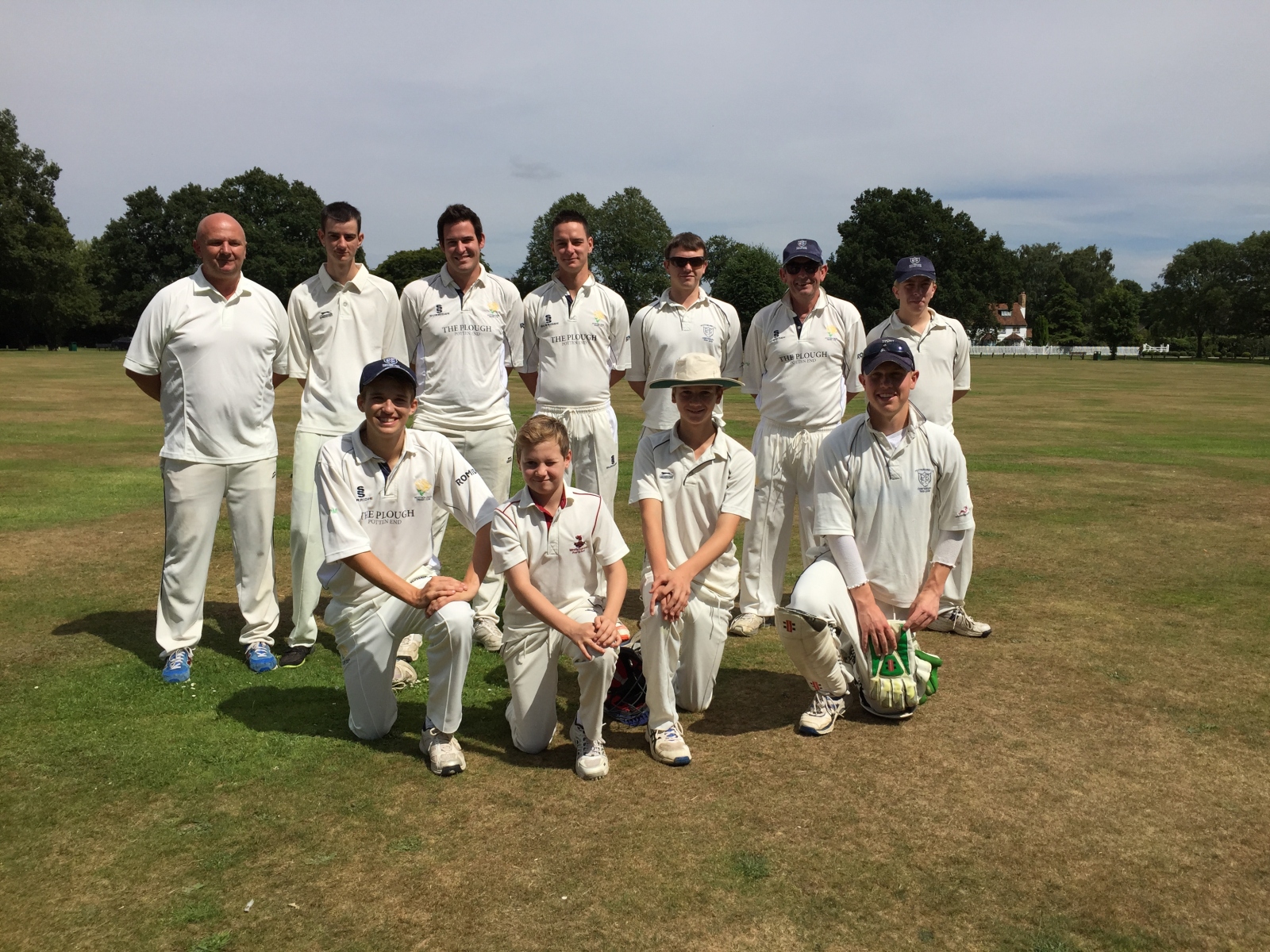 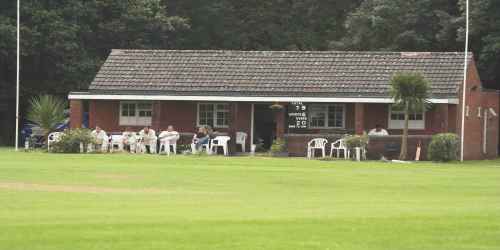 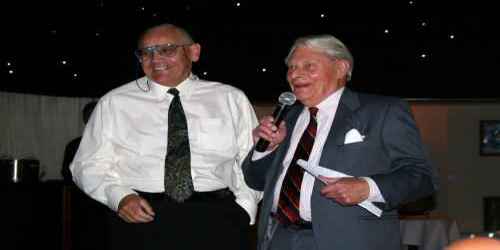 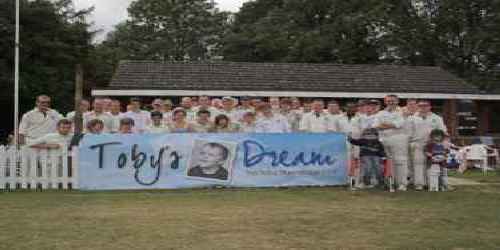 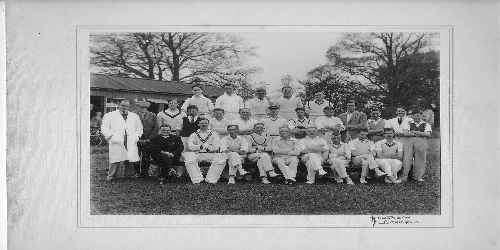 Website has been updated to a new platform (WordPress). In theory it will be easier to maintain and keep updated with latest releases. Please bear with us (me!) during the transition period, and report any issues via the webadmin link in the ‘About Us / Contact Us’ menu item.

I am aware that some of the match report links from archived seasons are not correct, but I am working through these. Additional older seasons will also be added gradually.